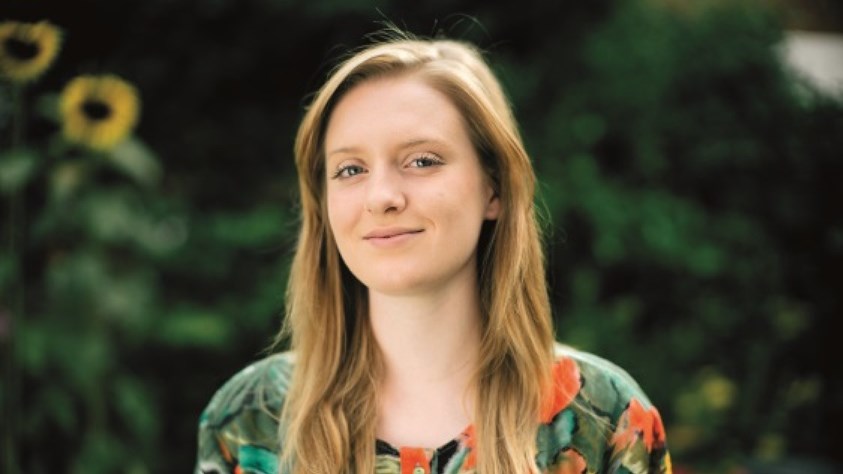 Coping with IBD need not make your time in higher education any less fun than it is for other students, says Ellie Pearce who was diagnosed with Ulcerative Colitis in 2013.

I've just completed my first year at university after a rather tumultuous start. I began university in September 2013, but my studies were abruptly interrupted when I was diagnosed with severe Ulcerative Colitis (UC). Two weeks later, I had an emergency colectomy with ileostomy.

I'd been getting progressively sicker for nearly a year, but had been too embarrassed to tell my GP. By the time of my surgery, I weighed around six stone, and was severely anaemic and deficient in several minerals. I spent time in intensive care after the operation and my surgeon advised me to take a year out of university to recover.

Determined to return to my course in English language and literature at University College London, I was allowed to restart in September 2014. Moving back to London was something to strive towards, and I wasn't about to let this illness prevent me from attending the university I'd worked so hard to get into. I did things slightly differently second time around, choosing privately rented accommodation over university halls of residence and taking things easier than I had in my 2013 freshers' week.

Other than repeating a term, my first year of studies was comparable to many other students', as my ileostomy didn't stop me from taking part in university life. I informed the university's Student Disability Service about my illness and they helped me access support such as extra rest breaks for toilet stops during exams. My tutor and department were supportive and made allowances for me when necessary. Once, I got food poisoning from some dodgy student cooking -a very bad move with an ileostomy -and spent a night in hospital with dehydration, but my department allowed me to extend my work deadlines for that week.

I suffered minor flare-ups throughout first year. My rectum was affected by Colitis and hadn't been removed, and this sometimes made me feel quite lethargic. I learned to listen to my body and take it easy when my symptoms were flaring up, and opted for a few more nights in.

Friends were supportive. Although I didn't tell many I'd had a stoma, most knew I had undergone major surgery for bowel disease. I never once received a negative reaction and found everyone very helpful, offering to take notes if I missed a lecture and checking up on me to see if I was OK.

The hardest part of having Inflammatory Bowel Disease (IBD) at university has been fitting in my treatment around my studies. This June I had another operation to make a J-pouch, and I will need one more to connect the pouch later this year. This meant leaving university slightly earlier for summer than other students and I will need to take extra time off at Christmas.

Studying with a stoma and IBD can be challenging, but this makes me more motivated to do well. My illness shouldn't stop me from achieving my goals. Although my course isn't scientific, having IBD has sparked an interest in medical issues and I'd like to pursue this further.

This article was first published in our members' magazine, Connect. Delivered to your door three times a year, our high quality members' magazine will keep you up to date with our activities and campaigns, as well as the latest news on research and treatment of Inflammatory Bowel Disease. Find out more about the benefits of becoming a member and how you can join us.

Nando's and Wagamama tackle stigma and discriminationFlu Vaccine: Crohn's and ColitisHave your say: Plans to increase qualifying age for free prescriptions in England
Print
Share
Subscribe Save to My Page
Back to top